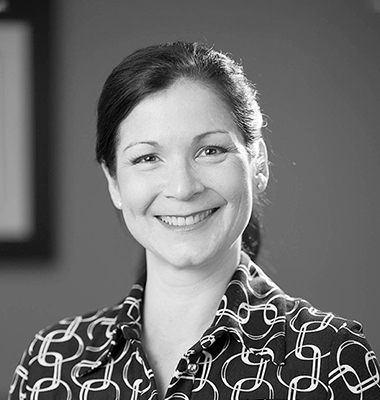 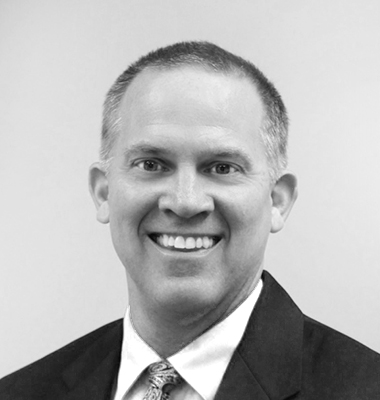 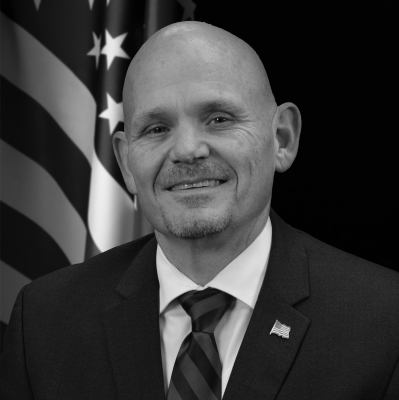 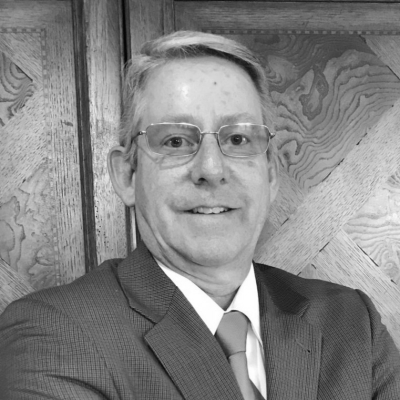 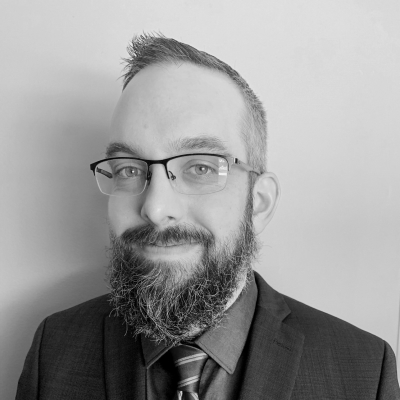 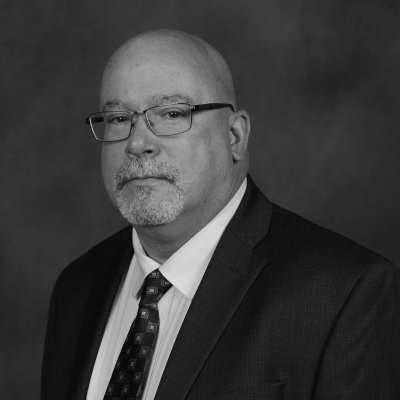 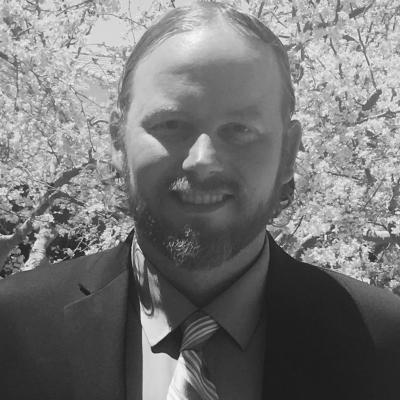 Kathy Yurkunas is President of K2 Security Screening Group. Under her 20-year leadership, the company has become a national leader in the planning, installation, and integration of advanced security screening equipment at airports across the country.

Yurkunas has partnered with hundreds of customers and partners, including the Transportation Security Administration (TSA), airports, airlines, original equipment manufacturers (OEMs), and port authorities to provide security screening services to every Category X airport and 92% of all TSA-regulated airports in the United States.

Prior to assuming her President position at K2 Security Screening Group, Yurkunas consulted on complex projects at a number of large airports, including Miami International Airport (MIA) and Abu Dhabi International Airport (AUH). She is certified as a Planning & Scheduling Professional (PSP) and has been recognized by the Association for the Advancement of Cost Engineering International (AACEi).

Steve Karoly is the Executive Vice President of K2 Security Screening Group. He is a nationally-recognized technology integration leader and systems engineer in the aviation security industry. Karoly has distinguished himself in leadership roles in the private, government and military sectors for more than three decades. In his last public servant capacity, he served as the Acting Assistant Administrator for the Transportation Security Administration’s (TSA) Office of Requirements and Capabilities Analysis, Deputy Assistant Administrator of Office of Security Capabilities, and led the agency’s Innovation Task Force.

At the TSA, Karoly managed more than 15,000 units of security equipment in 440 airports that annually screened more than 660 million passengers and two billion carry-on and checked bags. He also spearheaded the identification and demonstration of emerging solutions that increased security effectiveness and efficiency and improved the passenger experience.

Karoly has received numerous performance awards from the Department of Homeland Security (DHS), the Department of Defense (DoD), and the US Navy, where he retired as a Captain. He received DoD’s Medal for Exceptional Civilian Service and is a three-time recipient of both the Meritorious Service Medal and the Navy/Marine Corps Commendation Medal.

At K2 Security Screening Group, Karoly is responsible for achieving overall strategic goals and collaborating with transportation industry leaders on cutting-edge passenger and baggage screening solutions. He also oversees the implementation of critical infrastructure security capabilities at airports and other transportation facilities across the country.

Prior to joining K2 Security Screening Group, Karoly was responsible for identifying and evaluating emerging airport security technologies for Vantage Airport Group, which manages airports around the world. At Vantage, he was instrumental in the planning and execution of the new Terminal B Screening Checkpoint at LaGuardia Airport.

Karoly has a Master’s Degree in Systems Engineering from Johns Hopkins University and is a certified DoD/DHS Level 3 Program Manager and a DoD/DHS Systems Level 3 Engineer.

Prior to joining K2, Jeffries was the Federal Security Director of the Los Angeles International Airport. he has distinguished himself as an exceptional security professional in the government and military for more than 40 years. He has held numerous leadership positions during his career which has spanned six presidential administrations and he possesses deep expertise in strategy and policy development, training, analysis, and implementation.

As the Transportation Security Administration’s Federal Security Director (FSD) for the Los Angeles International Airport (LAX), Jeffries was responsible for five other airports, one of the largest transit systems in the country, as well as the ports of Long Beach and Los Angeles. During his tenure at LAX, he was the Senior TSA official for most of Southern California and oversaw nearly 3,200 uniformed and non-uniformed personnel across 8,100 square miles.

Before Jeffries assumed the FSD role at LAX, he served as the Assistant Federal Security Director for Screening (AFSD-S) and then the Deputy Federal Security Director (DFSD) at Orlando International Airport (MCO), where he supervised every aspect of the TSA security operations. Previously, he was the Deputy Director for Field Operations at TSA Headquarters in Washington, D.C., where he administered a $3 billion budget and managed 43,000 officers across 452 federalized airports in all 50 states and territories.

Jeffries honorably served 20 years in the United States Marine Corps. He is a recipient of TSA’s Honorary Award for Leadership, a graduate of the TSA Federal Executive Institute and a member of the Senior Executive Service.

Nielsen has successfully led numerous large domestic and international programs in the Global Material Security program, supporting nuclear nonproliferation and emergency preparedness initiatives. These projects included the deployment and implementation of detection capabilities at borders, airports and maritime shipping facilities in the U.S.

Nielsen possesses a wealth of knowledge and experience in program management, detection and screening technology, and processes related to securing, detecting, deterring and interdicting illicit trafficking of contraband, nuclear and radiological materials. He is heavily involved in the Radiation Portal Monitor Program (RPMP), a key security initiative for the Department of Homeland Security’s Countering Weapons of Mass Destruction Division (CWMD). In this capacity, he advises on the deployment of security screening technology and procedures related to nuclear and radiological threats and incidents.

In his last role at Los Alamos National Laboratory, Nielsen oversaw a portfolio of five programs that included 75 projects with a total budget in excess of $100 million. As Program Manager, he was responsible for the recovery of unwanted radioactive sources, the testing and evaluation of radiation detection equipment and assisting the Russian Federation in the upgrading of their weapons production complex. He also consolidated multi-disciplinary organizations and departments to streamline workflows, ensure regulatory compliance and increase laboratory capabilities.

Cameron Lovell is the Director of Engineering of K2 Security Screening Group. He has been instrumental in the successful deployment of security checkpoints at hundreds of airports in the U.S.

He joined K2 in 2015 as a Site Lead and effectively managed projects from concept to closeout.During his time at the company, he has developed and implemented internal processes and procedures that have greatly improved the productivity and performance of the engineering department.

Lovell began his career in the residential architecture industry before moving into aviation security and commercial construction. He graduated from the University of Massachusetts at Amherst with a Master of Science Degree in Structural Engineering and Mechanics.

David Borges serves as Director for K2 Security Screening Group. He is a renowned subject matter expert who has designed and installed security equipment at more than 480 Transportation Security Administration-regulated airports and major government facilities, including the Pentagon.

Borges has more than 20 years of project management experience and has developed new security checkpoint systems and practices for airports and airlines. He oversees design requirements, logistics and budgets and staffing at project sites around the country. He is the direct liaison between the Security Screening Group and agencies such as the Department of Homeland Security, TSA, U.S. Secret Service and U.S. Customs and Border Patrol.

Borges is the senior passenger screening expert for the TSA, Delta Airlines, LaGuardia and Los Angeles International Airports. He runs physical perimeter security for large-scale events, including the Rose Bowl and the Papal Visit in 2015.

After joining K2 Security Screening Group, Borges worked closely with Lockheed Martin as an area manager. In this leadership role, he managed hundreds of employees and oversaw the design, relocation and repair of security equipment.

Previously, Borges was a senior program manager at Raytheon for all airport-related Homeland Security projects. At Raytheon, he was responsible for a $125 million budget and won multiple Excellence awards.

Borges is a member of the American Association of Airport Executives, and was just appointed Vice Chair of the Providence, RI, chapter of ASIS International. ASIS is a global community of security practitioners dedicated to the protection of human, property and information assets. He is a certified asset protection specialist for the organization and has been a key stakeholder on a number of its Homeland Security and security checkpoint design committees.

Tom Merryman is the Program Manager of K2 Security Screening Group. He is an expert in security detection systems and oversees the company’s extensive international portfolio of airport projects. He has worked with the Transportation Security Administration (TSA) for nearly 15 years.

Before joining K2 Security Screening Group last year, Merryman oversaw all field service project and program initiatives in North America for L3Harris Technologies, a global aerospace and defense technology company. He planned and executed the development, testing and integration of advanced security equipment at airports around the world.

Merryman is an experienced Program Manager skilled in Operations Management, Analytics, Government, Operational Planning, and Systems Engineering. He brings a proven track record of innovation in the aviation security industry to the Security Screening Group team.

Earlier in his career, Merryman was responsible for the maintenance and repair of security detection systems and associated network components at McCarran International Airport in Las Vegas, which handles more than 24 million passengers annually. He served with distinction in the U.S. Marine Corps, where he received a letter of commendation for his actions in the Second Gulf War.